Thank you for Subscribing to Life Science Review Weekly Brief

How Regulatory has Become Strategically...

Data Science In R&D: It Is About Culture

Three Steps To Succeed With Digital...

Strategies for RIM system Selection when...

How to Manage Regulatory Compliance

How Technology is Disrupting the Pharma...

How Regulatory has Become Strategically...

Data Science In R&D: It Is About Culture

Three Steps To Succeed With Digital...

Strategies for RIM system Selection when...

How to Manage Regulatory Compliance

How Technology is Disrupting the Pharma... 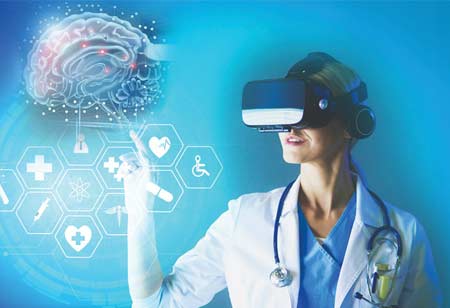 Every marketing domain is changing to remain competitive, where life sciences hold a crucial place. A major impact on organisations all over the world can be set back by the EU AI Regulation, a dynamic pattern to regulate AI in the EU. The regulation is expected to come into enforcement in 2024 or 2025, most likely. The regulation reinforces that nations enabling and utilising AI within the EU and customising AI’s use to provide an outcome in the EU would likely go into alterations and be monitored of how they affect business models that their actions would be limited to a particular extent. Hence, organisations normally function with a core strategy of utilising competitive advantages by exploiting complex technologies on a legal basis to secure a top position in the highly competitive market of pharmaceuticals and life sciences.

The incorporation of AI, advanced disease, and molecular modelling is contributing to limitless discoveries in the field of drug development. Alongside, several other fast-evolving computational technologies also advance the development and production cycle of the domain. This enables manufacturers and suppliers to speed up their traditional innovations and generate novel insights for innovative therapies. This successful approach eliminates the stumbling blocks of the life sciences sector, such as low success rates, path-dependent thinking, and overall costs of development.

However, it is not effortless for organisations to eliminate all the existing techniques and adapt to the new ones. Further, people nowadays look out for complex technologies like AI for reviewing stocks of available compounds to treat diseases that omit the deepened concern of drugs while previously existing drugs are renewed to treat serious illnesses like COVID-19 and its co-related ailments. Traditional uses in the life science sector are increasing simultaneously with the adoption of complex technologies all around the industry, and this smudges the traditional lines between the life sciences and healthcare disciplines. Anticipated growth in the health-tech companies’ value, such as a focus on providing care bots and wearable health devices, is estimated to reach over 44 billion USD in the upcoming period. Further, the technologies rectify the long-existing strains in the life sciences and healthcare domains, such as waiting in a long queue to get attended to by a doctor and delayed diagnosis of complex diseases. Despite these attractive benefits, every developer, manufacturer, and supplier is heeding the AI regulations laid down by the EU to avoid fines and penalties.

Defining AI has been a complex task ever since the pre-existing times when nobody ever succeeded. Researchers who tried labelling AI with refined definitions often ended up failing. Combining complex technologies into one single broad definition symbolises that definitions are being outpaced, which will be followed by innovative technologies. This recent AI regulation by the EU formulates a comprehensive working definition for organisations, which would likely subject them to limitations regarding their AI usage within the EU nations.

AI is commonly defined as machine or human-based data and inputs that enable gathering human-defined objectives through learning, reasoning, or modelling implemented through techniques and approaches such as

- And thirdly, statistical approaches where Bayesian methods are employed for search and optimisation.

These approaches not only immunise the regulation of future developments but also develop a broad class of technologies widely known as AI, which further undergoes regulation. The definition is directed at software in general instead of specifications, as autonomous AI systems and the AI systems that pretend to be autonomous are spotted out. However, health tech isn’t preferential to AI alone as it also takes into account regulation's effect on several other technologies. Health tech is commonly referred to as a technology that was developed to enhance the existing aspects of the healthcare system as well as people’s health via facilitating telemedicine, electronic health records, personal technology, and medical devices. The data processing technique in AI enables effective monitoring and treatment of ailments. One testament to the AI approach is the use of health trackers such as wearable devices where every individual’s heart rate, blood pressure, and walking distance, along with their sleeping pattern (hours of sleep), are monitored. This, in turn, enables the most effective treatment for patients. Though AI lacks complexity and most probably holds the ground in defining relatively traditional tools, traditional electronic health records that feed inputs into search functions possess the capacity to trigger the previously proposed definition.

AI as the Centre of Focus Around the World

As the concept of self-auditing of AI keeps on evolving all over the world and jurisdictions, several commissions are coming up with innovative ideas to hold organisations that employ discriminatory algorithms accountable. They are marked as "high-risk" sectors in healthcare and life sciences disciplines where decisions may acquire access to attain the effectiveness and safety of medical diagnoses and therapies. Simultaneously, health regulators are focusing on the distinction between assistive and autonomous technologies, which has implications for both regulatory and common law perspectives on responsibility and the division of labour that coexists between human medical professionals, researchers, and machines.

These trends will likely evolve in the upcoming years. Thus, the EU’s regulation in utilising AI establishes key insights for its relative nations and sets a competitive idea in the minds of other nations that the upcoming innovations would be much more progressive, mainly to match European standards.

A Canadian Approach to Commercializing Cell and Gene Therapies

Achieving Product R&D and Manufacturing Success with the Right Partner

However, if you would like to share the information in this article, you may use the link below: